Being around healthy people

The CoSA model has been in place since 1994.

A series of studies from 2005 to the present has shown that CoSA participants are far less likely to re-offend than those who are not in CoSAs. 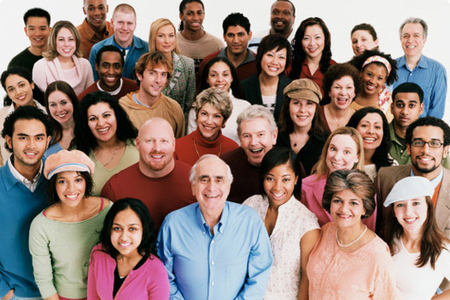 "When I look at how the inmates treated me in the pen, and how they treat me here after being involved with CoSA and that in a different attitude now.  They show me a whole bunch of respect.  And in the pen it was just different....just a downer.  But when they see you here and your're living a positive lifestyle and they say 'this is not---' and it has to do with being around healthy people.  That's what it's all about: being around healthy people." ... "When you're around dysfunctional people all your life you don't hang around with professors and priests and bishops and all that ... You meet these kind of people and they're healthy and you realize, 'Wow'.  It encourages you to keep going."

Circles of Support and Accountability do work, from a community point of view, and from the viewpoint of the core members.

"They helped me with just someone to talk to if I'm having a bad day.  Somewhere to vent.  They don't judge me for venting.  They know I've had a bad day and they know I usually vent sometimes and they just work through it with me." ... "Usually it's casual talk.  When I need to talk about something then it becomes about me.  Opportunity to explain what's bothering me, any issues, or opportunity to ventilate."

They don't judge me for venting

Circles of Support & Accountability: The role of the community in effective sexual offender risk management. In:

"They show me a whole bunch of respect"

Reasons to join a circle

The circle is a circle for all

The reasons an inmate chooses to join a circle include:

"Personal choice.  Having support.  Having friends, Getting out of the joint and have no friends, no one to have coffee with is--so it gives me someone to talk with and go have coffee."
Another said "For me, I don't have any family so I thought it would be beneficial to me, being a sex offender. More support."

​Circles of Support and Accountability

Me being out this long says a lot

The CoSA model originated in Canada and has been replicated in Western and Eastern Europe, New Zealand, Australia and the USA.

Research (2009) shows sexual re-offending rates for CoSA participants are 80% lower than for men not in CoSA!

"It's encouraging being around them, that's why I've stuck with them for the last four years.  I've, I didn't see any ---I've never seeked help before.  And if I did it was always a downer.  When I sought help before it was a downer, with CoSA it's been different."
"Me being out this long says a lot, And this has been a core support - CoSA has been - for me.  I really appreciate the friendship I've had with these people for the last four years or so."

At the same time, quotes from CoSA "Core Members" indicate they are more than happy with the friendships made in CoSAs and with improvements in their lives.

"The way you do it as well is you are not uptight when we share around the circle.  We each talk about what's happened in our week.  And if someone else has had an absolute terrible week we might spend more time with that other person than with (the  core) member that week.  Because the circle is a circle for all of us."

The report author adds "If and when the core member needs to have a more directed conversation about challenges they are facing, the meeting discussion will naturally shift."

An Evaluation of the Circles of Support & Accountability Demonstration Project: Final Report(123 pages)

"Walking Together for Everyone's Well Being"

A Tribute to a Core Member

Sometimes a Core Member  will have a profound and positive influence on other participants in the circle. This eulogy for a CoSA core member was presented by a corrections official.