Travis Bradberry: How complaining rewires your brain for negativity

Just Mercy - a story of justice and redemption

“Simply punishing the broken—walking away from them or hiding them from sight—only ensures that they remain broken and we do, too. There is no wholeness outside of our reciprocal humanity.”
This is a powerful true story about the potential for mercy to redeem us, and a clarion call to fix our broken system of justice. Bryan Stevenson is the founder of the Equal Justice Initiative, and one of the most brilliant and influential lawyers of our time.

For more about Just Mercy, see The Book page on Bryan Stevenson's website.

Exiled in Canada:  a sex offender finds refuge with Mennonites 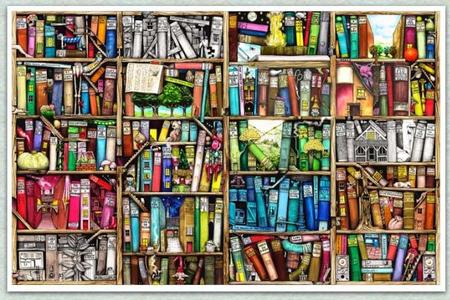 Diane Schoemperlen: This Is Not My Life  - A Memoir of Love, Prison, and Other Complications

Michael has committed sexual assaults on adults and children, boys and girls. Criminal psychologists labeled him a high risk to reoffend. Michael is nervous to talk with CBC, but he's doing it for one reason: to tell you about the people who reached out and helped support him as he returned to society. People who helped him when no one else would — a CoSA circle in Regina, Saskatchewan.

Wab Kinew: The Reason You Walk

"I am more than my criminal

Bryan Stevenson: Just Mercy - a story of justice and redemption

"Walking Together for Everyone's Well Being"

Inside Out. More Canadian prisoners than ever are being locked up until their mandatory release dates.

In this Globe and Mail article, Sean Fine examines whether it’s time to let them earn an early release by changing their attitudes, their resumés and themselves. In essence, by bringing restorative justice within the prison system.

Resources for Volunteer Learning and Understanding

"To be hurt, yet forgive. To do wrong, but forgive yourself. To depart from this world leaving only love, this is the reason you walk."  Wab Kinew is a Canadian politician, musician, broadcaster and university administrator, best known as a host of programming on CBC Radio and CBC Television. Kinew's book makes reference to his friendship with Father Jim Weisgerber, former Archbishop of Winnipeg and now a volunteer in CoSA SS’s circles and on the board of directors.

Read an excerpt from The Reason You Walk on Wab Kinew's website.

Reserve 107 - Reconciliation on the Prairies

a podcast of an episode of Doc Project on CBC Radio

Listed below are a number of books and other resources CoSA South Saskatchewan recommends to  our volunteers and other people who are interested in learning more about restorative justice and many of the social issues surrounding our work.

If you come across other good resources, feel welcome to recommend them to CoSA. 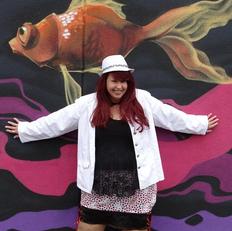 To do wrong, but forgive yourself."

Sean Fine: Inside Out  - The decline of parole and the fundamentals of Canada’s penal system

Does It Work? page.

They offered him friendship."

"An Indigenous journey from the head to the heart to the spirit.

This book makes a significant contribution." Kathleen E. Absolon
"As more people ripen to understand the new world holocaust of our First Nations, Blair Stonechild's book is timely. To bring to light the spiritual relationships, attitudes, and practices of Indigenous people makes a real contribution to the world of thought." Buffy Sainte-Marie

They offered him friendship."

I Am More Than My Criminal Record:  a public education initiative

This Globe and Mail article describes the negative health and social effects of habitual complaining, and suggests strategies for combatting its negative effects.

The Calgary John Howard Society is excited to share that they have launched "I Am More Than My Criminal Record". This public education initiative was created to reduce the stigma associated with a criminal record and give such individuals an opportunity to share their experiences and voice who they truly are. Importantly, it identifies employment barriers unique to those who have been involved in the criminal justice system, and develops strategies to address these barriers so that they can find jobs in a competitive employment market.

Check out the website: I Am More Than My Criminal Record

​Circles of Support and Accountability

Here is the 2016 Restorative Justice Week Basic Resource Kit, which will continue to be a helpful resource long after the week is over. It includes the following and much more:

For those wanting to add to their understanding of issues related to the Aboriginal story in Saskatchewan, this film is worth viewing. It is the story of rapprochement between a First Nation making a just claim to land taken from them in the past, and local residents who did not realize they were living on land (which they had purchased), but which properly belonged to someone else.

You can view this short film at Reserve 107, the film. You may also purchase a DVD of the video for $10 from the MCC Saskatchewan office, MCC Centre, 600 - 45th St W, Saskatoon.

For almost six turbulent years, Diane Schoemperlen was involved with a prison inmate serving a life sentence for second-degree murder. The relationship surprised no one more than her. How do you fall in love with a man with a violent past? In this candid, often wry, sometimes disturbing memoir, Schoemperlen takes us inside a complex and difficult relationship as she journeys through the prison system with Shane. Not only did this experience enlarge her capacity for both empathy and compassion, but it also forced her to more deeply examine herself.

For more about This Is Not My Life, see Diane Schoemperlen's website.